It’s officially Afternoon Tea Week on 10-16 August! Not only do we get to use this as an excuse to celebrate with our loved ones, over delicious Afternoon Tea and sweet and savoury treats. It’s also the perfect time to explore the history of afternoon tea; the quintessential British tradition. 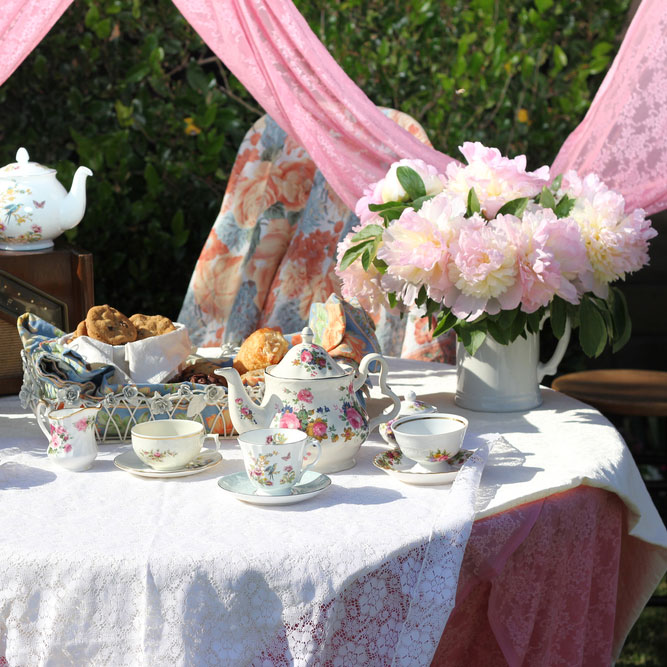 Afternoon tea was first introduced in England around the mid 1800s by Anna Russell, the 7th Duchess of Bedford. With the evening meal served at eight o’clock in the evening, the Duchess would become hungry during the afternoon. Thus, she began requesting a tray of tea, bread and butter and cake be delivered to her room. This quickly became a habit and she began inviting friends to join her.

The trend spread and Afternoon tea became a fashionable social event. During the 1880s, upper-class and society women would change into long gowns, gloves and hats for their afternoon tea that was served in the drawing room.

Teas from India or Ceylon were the original afternoon teas of choice. Served from luxurious silver tea pots and the finest bone china tea cups. Traditionally a selection of dainty sandwiches, often with cucumber, and delicious scones with clotted cream and preserves are served with afternoon tea. Don’t forget the cakes, too!

To learn more about Anna Russell, the 7th Duchess of Bedford and founder of this famous tradition, read our feature on ‘Tea & Women Through History’.

This great tradition which stemmed from someone being a bit peckish, is something that most people can now say they’ve taken part in.

OUR VERY OWN AFTERNOON TEA COLLECTION CAN BE FOUND HERE.