Oolong, also known as or Wulong and as “Blue” tea, is a traditional Chinese (and Taiwanese) tea.  It is distinctive because it is partially-oxidised during production, making it a tea that is neither a green tea or a black tea but something and many things in between. Depending on the level of oxidation some are much closer to green and others to black. 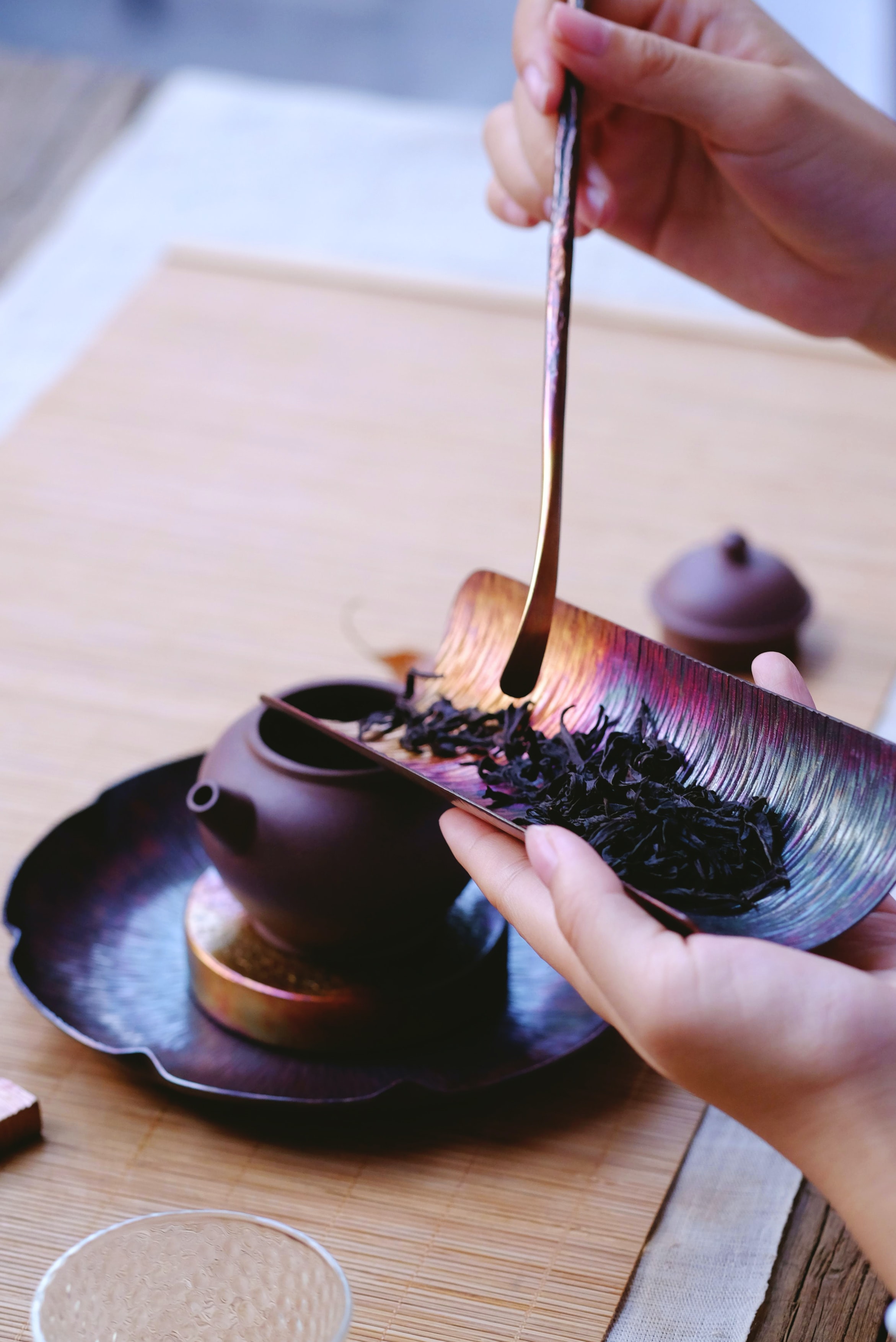 We tend to say that Oolongs are semi-fermented but the correct technical term for the production process is “oxidation”.

The degree of oxidation can range from 8–85%, so you can see that there is scope for a lot of variety. They are most popular in southern China and Oolong is the traditional tea used in the Chinese Tea Ceremony.

See our demonstration of the Chinese Tea Ceremony – Gongfu Cha – filmed at the British Museum.

The flavour of Oolongs can vary greatly. They can be sweet and fruity, or woody with roasted tones, or green, fresh and complex, all depending on the terroir of the plant itself and on the particular style of production.

Varieties of oolong are produced differently, but the leaves are usually formed into one of two distinct shapes. Some are rolled lengthways giving a long, slightly twisted leaf, while others are wrapped repeatedly making them curled up into small beads.

The manufacture of oolong tea involves repeating stages to achieve the desired amount of bruising and browning of leaves. Withering, rolling, shaping, and firing are like black tea, but much more attention is paid to timing and temperature.

WHAT’S IN THE NAME?

There are several theories behind the origin of the name Oolong or WuLong.  One of the best known is the one relating to the “tribute tea” theory (a tribute tea was a prized tea given to the Emperor). It suggests that when the new loose leaf tea was presented to the Emperor, it replaced the Dragon-Phoenix Tea Cakes as Tribute Tea and since it was dark, long, and curly, it was said to resemble a Dragon, so was called Black Dragon tea – Wu Long.  Simple.

The brewing of Oolong tea can vary.  Most should be brewed in water at a maximum of 90°C but others can be brewed at 75°C. You’ll see our recommended brewing instructions on our packaging.

In general, oolong can be steeped several times from the same leaves and often improves with rebrewing.  Part of the joy in drinking oolong is the variety of subtle tones that comes with each rebrewing. It is quite normal to steep the same leaves three to five times, sometimes more!

OOLONGS AT THE TEA HOUSE

This oolong is processed mostly by hand in the Fujian province. Directly after withering, the still moist leaves are milk water steamed for a short period. This preserves the attractive light olive-green leaf and gives rise to the distinctive creamy scent and taste. The leaves are then rolled and dried. An extremely mellow tea, which quickly wins fans of those who try it.

The aromatic flowers of the orange tea and a touch of orange oil infused with this classic semi-oolong, gives it a sublime citrus uplift. Can also be chilled or iced. 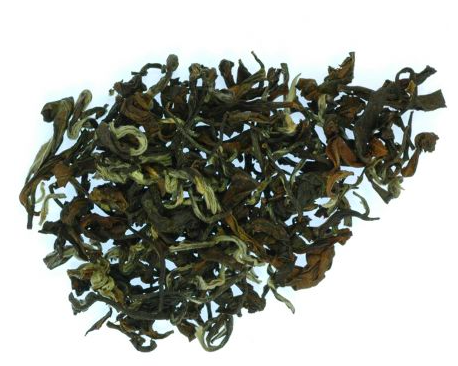 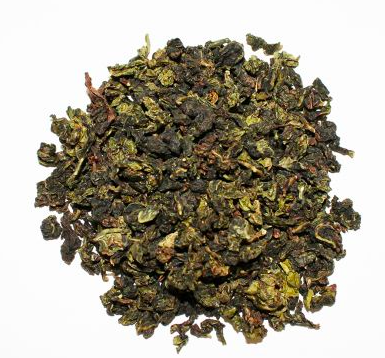 From Fujian province, China, this is a 15% fermentation, with a very large leaf tightly rolled into dark, compact balls (often seen as iron like). It is a very smooth drink with a naturally sweet, aromatic, nutty taste. 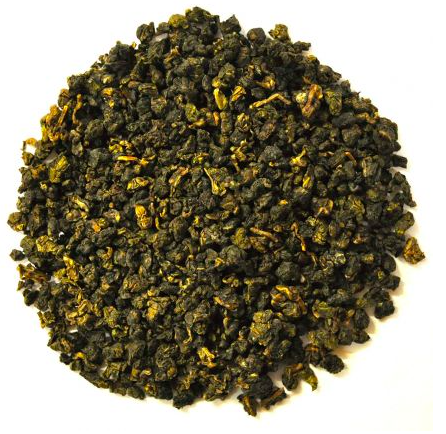 A speciality from the Nantou mountains, Taiwan, this oolong is fermented for only a short period before hand rolling. The result is light and floral and can be brewed many times. 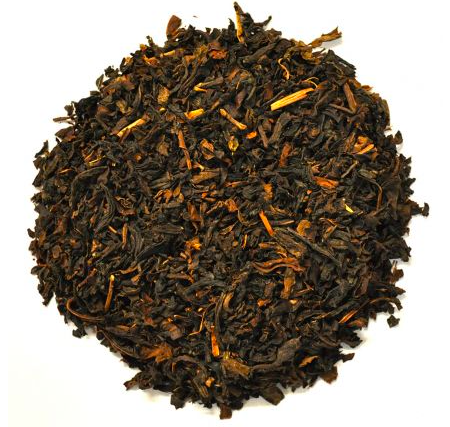 A speciality from the Nantou mountains, Taiwan, this oolong is fermented for only a short period before hand rolling. The result is light and floral. 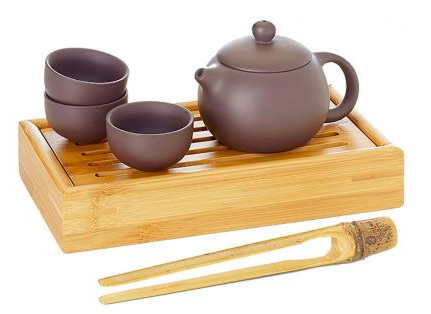 There’s no better way to enjoy (and share!) Oolong than with our authentic tea set, complete with a tea pot, three cups, tea tongs and a high quality wooden draining tray.